You are here: Home / In The Classroom / Meet The Heroes / David 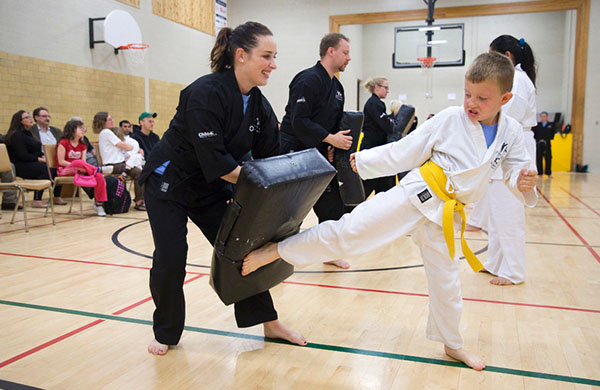 David is an energetic 7 year old who loves being outside, running around, laughing, never stops. It wasn’t always like this though.

On December 3rd 2010, he was diagnosed with Acute Lymphoblastic Leukemia (ALL).  Just shy of his third birthday, he spent many nights and days at the hospital both overnight and clinic to receive intravenous chemo, steroids, blood transfusion, platelet transfusions, monthly lumbar punctures, at home chemo, steroids, and morphine for pain. He always managed to keep a smile through it all. Because of the intravenous chemo he received he lost his ability to walk for a few months. He had been almost potty trained and lost the ability to know when it was time to go, so he regressed.

He did slowly get better and began to act like a “normal” child would. It was hard, as a parent, to see your child go through so much and not be able to help except do what the doctors told you to do. We went through a crash course of medical terms and I have to say we became experts at knowing from a little tantrum to a little rash or a different sound of breathing what that could mean.

When he was diagnosed they told it could be a 3-5 year treatment plan. David’s treatment plan lasted 4 ½ years. He is now free of any cancer and is in remission. We are now dealing with the side effects from treatment like some motor difficulties, and development delays. He is full of life, sometimes sassy little person, but I wouldn’t have it any other way.